Initially thinking to craft another character at first and with a sudden thought to make Thanos nano gauntlet while received the Thanos figure days ago. The figure is awesome but I am curious why didn’t come with the Nano Gaunlet , Thanos never worn this IW Gauntlet along with this armor in Endgame🤔. Yet I can understand that some toy manufacturers maybe got announced before the movie came out and sometimes they weren’t going to spoil plot with figure release.
For seeking movie accuracy, I have made 2 Nano Gauntlets (normal one and snapping figure) with a smiling headsculpt for replacement.

This guanlet work is without power stone and do not need additional lighting work. Thanks “Low Profile Master” assist to paint the head sculpt for earlier completion (His painting skill is nearly same as Hottoys quality lol 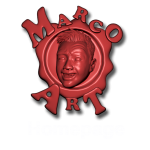